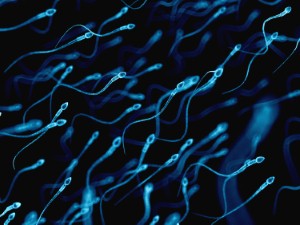 A new study carried out at Urmia University in Iran found that men who exercise on a frequent basis are less likely to suffer from fertility problems associated with poor sperm quality.

This discovery was made following the analysis of men’s exercise levels. Men who did not already exercise regularly were asked to take part in 90 minutes of high-intensity interval training for 90 minutes at a time on three to four days a week over the course of six months.

Samples of their semen were taken before, during and after this period, with the scientists measuring their levels of oxidative stress from the quality of their sperm.

After exercising several times a week for six months, it was found that – compared to a control group – men’s sperm quality increase by an average of 12.4 per cent, while it rose in volume by 8.3 per cent.

Meanwhile, oxidative stress levels decreased, which suggests that this could be a key factor influencing sperm quality and related fertility problems.

As a result, this indicates that physiotherapy could indeed help to improve such issues in men, and could be a referral option for couples seeking fertility treatment due to problems with the man’s sperm.

What’s more, it was found that six months of regular exercise could lead to a 21.8 per cent increase in sperm cells, of which 14.1 per cent was more concentrated than before the study began, with a 17.1 per cent improvement in sperm cell shape and morphology.

Behzad Hajizadeh Maleki, lead author of the study, commented: “Our results show that doing exercise can be a simple, cheap and effective strategy for improving sperm quality in sedentary men.

“However, it’s important to acknowledge that the reason some men can’t have children isn’t just based on their sperm count. Male infertility problems can be complex and changing lifestyles might not solve these cases easily.”