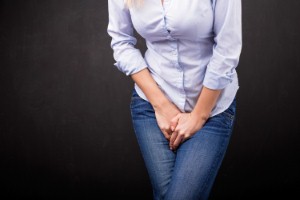 One group was required to attend five one-to-one physio sessions over a four-month period to learn exercises to strengthen their pelvic floor, alongside being given a DVD of similar exercises to try themselves at home. The other participants were simply provided with a leaflet explaining what prolapse is and how lifestyle factors may increase its risk.

Two years later, it was found that the women who had not taken part in the physiotherapy sessions were significantly more likely to have visited their doctor to be referred for surgery or another kind of therapy to help correct prolapse compared to those who had done exercises to prevent this need from arising.

In total, 14.4 per cent of those simply given the advice leaflet required treatment for prolapse in the future, in comparison to just six per cent of the women who did the pelvic floor-strengthening exercises on a regular basis.

As a result, the researchers were able to conclude that physiotherapy can indeed help to prevent prolapse of the pelvic floor.

Explaining the benefits of physiotherapy exercises that focus on the pelvic floor, study co-author Professor Don Wilson of the University of Otago stated: “It has clear benefits with very few side effects, which is different from other interventions – surgery and drugs – used in medicine.

“It has shown to be an effective treatment for urinary incontinence and some forms of symptomatic prolapse, and now we have shown that these exercises can help prevent prolapse symptoms developing in the future.”